Muslin Moth: Wow Facts that Surprise You in 2022! 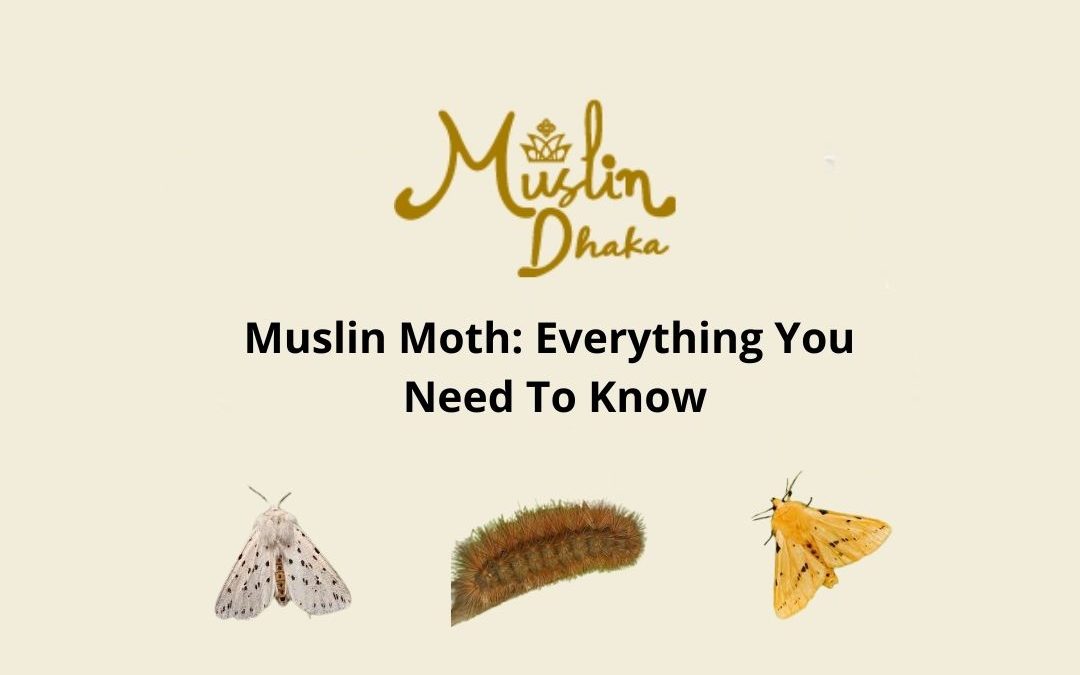 Even a species of Moth is named muslin moth due to reminding the magical Muslin! We can not resist us sharing the stories of Muslin Moth. Here is the story for you:

In many parts of the world, moths are considered pests and are mostly seen flying around at night. But there are more interesting facts about moths, such as they can be of different colors and shapes, they are very helpful in pollination. They can also contribute to harming agriculture.

One of the most representative moths of the order Lepidoptera is Muslin Moth (Diaphora Mendica).

Diaphora Mendica, also known as Muslin moth, is one of the moths of the order Lepidoptera and Erebidae family. It exhibits sexual dimorphism, which makes it easy to differentiate between the male and the female moth.

It was given the name Muslin in 1759 by the Swedish entomologist Carl Alexander Clerck because its wings remind of Muslin, which is a cotton fabric that used to be very famous during the 17th and 18th centuries.

Muslin is a very famous cotton fabric used to make a variety of clothing items around the 17th and 18th centuries. Previously known as Dacca in Bengal was one of the prime areas that produced the finest handwoven muslin fabric, which was imported to many parts of Europe. The threads of Muslin were made with locally grown cotton called the “Phuti Karpas”. The decline in the muslin industry occurred when East India Company used to import clothes produced in Britain.

Taxonomy of the Muslin Moth: 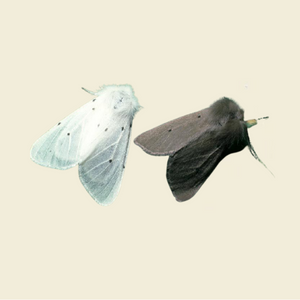 Life Cycle of the Muslin Moth:

Like all other insects, muslin moths go through four stages of development to complete their metamorphosis. The stages are – egg, caterpillar or larvae, pupa, and adult.

The female moths lay small batches of light-yellow colored eggs on the leaves of their foodplants. The eggs take 10-20 days to hatch, with caterpillars size of about 2mm in length.

The color of the caterpillar (larvae) is greyish brown, with red hairs shooting up reddish-brown warts. The caterpillar feeds on various herbaceous plants like birch, dock, chickweed, dandelion, willow, plantain, purple- moor grass. During the growing time, the caterpillar loses old skin many times. They actively feed at night, and when touched or threatened, they play dead or move at an alarming speed when are looking for a pupation site.

During the resting period of the caterpillar, it turns into pupas that are protected by the cocoon. The pupas are covered in hair and are stumpy and glossy red-brown color.

The adult then emerges from the cocoon as a beautiful moth with wings. At this stage, there is no growth, and the cycle of life will continue as the adult reproduces.

The male muslin moths mostly have bodies and hairs of a grey-brown or soft grey-brown color. Their wings contain variable numbers of black dots, and their wing sizes vary from 14 to 17 mm. The male moths are attracted to lights and are known to be nocturnal.

The female muslin moths are slightly larger than the male moths and have a white body. The second half of their body is whitish with semi-transparent wings. The wings are covered in black spots, and their sizes vary from 17 to 19 mm. The female moths are seen flying during the day around low vegetation.

The female muslin moths are easily confused with other species of the Ermine moth as they resemble the white ermine, water ermine, and buff ermine.

In comparison to the white ermine, the female muslin moth doesn’t have any orange patches on its body.

On the other hand, when compared to water ermine, the female muslin moth has spots on its wings, whereas the water ermine doesn’t.

Finally, the buff ermine has dots that make up a line figure on its front wings and has a slightly orange-colored body which is not present in the female muslin moth as it is whiter in color. 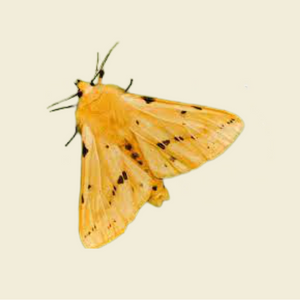 Both male and female muslin moths have tiny hair covering their bodies with furry heads and whitish to yellowish hair around the thorax. The size of their average wingspan can be between 28-38 mm. The adult moths do not eat and only take part in reproduction. These moths are seen flying from late April to early July in a single generation.

Gynandromorphism is an abnormal characteristic found in an organism that contains both male and female characteristics. This usually occurs when there is any mutation during the cell division in the early stage of development. However, it’s difficult to identify this characteristic if the male and female insects look the same. In the case of the Muslin Moth, it is very visible due to its sexual dimorphism.

Here, it can be seen that the right side of the body of this muslin moth is female, and it is slightly bigger in contrast to the left side, which is male.

Habitat and distribution of Muslin Moth around the world:

They are mostly seen in suburban habitats, woodland, downland, gardens, and sand dunes.

When it comes to world distribution, their distribution is recorded in many parts of Europe and the United Kingdom in England, Scotland, Ireland, and Wales. They are also found in parts of Africa and Eastern, Western, and Central Asia.

However, we need to understand the importance of moths and the significant roles that they play in our lives. Moths play an invaluable role in the ecosystem through their pollination service, and they are a very good source of food for animals like bats, birds, mammals, and many types of reptiles. We need to learn how to live with them and conserve them as many species of moths are at risk of decline due to pollution, urbanization, climate change, and the use of pesticides on an agricultural farms.

You Will Also Love To Read—

Best Muslin Quilt: Everything You Should Know About the Fabric in 2022

The best Muslin Dress: A Step by step guide for all

Best Butter Muslin and Cheese Muslin Cloth for Cooking in 2022